Who does the U.S. Census Bureau try to count? 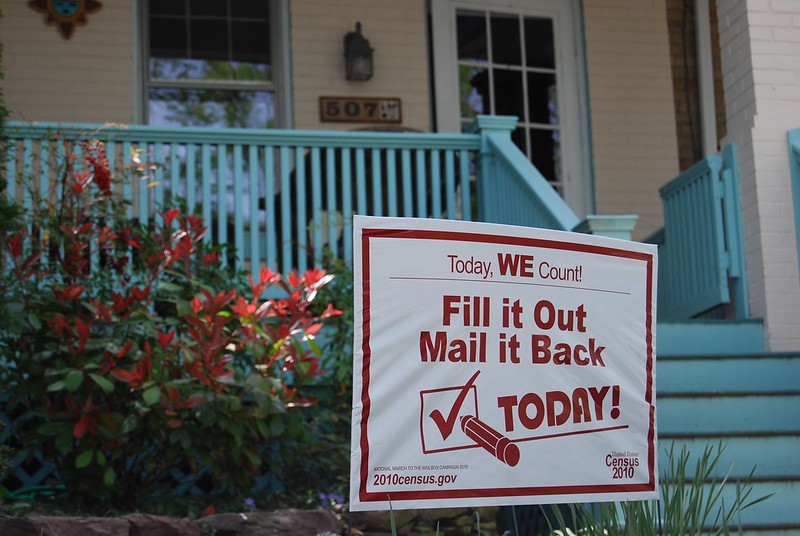 The constitution requires that the census counts every resident within the boundaries of the United States and any of its territories. That means that citizens, immigrants (documented or undocumented), and foreign residents are counted alike. Policies on how to reach difficult-to-count groups may be revised from census to census. Groups that are hard to locate, contact, persuade to participate or interview for the census make up the hard-to-count populations.

The guiding rule for the Census Bureau is that of "usual residence", which is "the place where people live and sleep most of the time." So college students should be counted at the campus where they reside. In 2020 military members will be counted at their home bases or ports, rather than at the address they gave at enlistment. There is an ongoing debate whether to count prisoners at the facilities where they are held or at their home addresses. If they are counted at prisons, even if they stay there for only a short time, rural populations, where many prisons are located, may be inflated. This also means that the contribution of federal funds to densely populated urban areas will be distorted. For the 2020 census inmates will still be counted at their facilities, the Census Bureau announced.

Certain demographic groups are undercounted according to the analysis of the Census Bureau and other researchers. Black, and Hispanic/Latinx identified populations are historically undercounted. Census counts tend to miss young children, and the proportion of children missed differs according to their race and ethnicity. Some households respond to the census, but don't include all members of the survey. This might happen in multigenerational households, families with joined custody and households where grandparents or relatives care for children. The numbers for census omission are greatest for children under 5 years of age and for Black and Hispanic children. Such an undercount results in the loss of essential services for children (preschool services, nutritional support) and missed business opportunities for the private sector in the same communities.

The undercount for Black men age 30–49 is much higher than the net undercount rate for the total Black population or total male population, because many are incarcerated. A high unemployment rate results in high residential mobility. Black men are often looking for a job, working away from home or living with relatives and friends.

Among racial and ethnic groups only white, non-Hispanic residents are overcounted.  Home owners are easier to count than people who rent their homes. In the 2010 census, for example, white homeowners with multiple homes were counted incorrectly at multiple addresses.

Mapping Hard to Count Communities: Learn how the Census Bureau is contacting households in 2020.

Potyondy, Patrick R., 2020 Census: Everyone Should Be Counted, But How? LegisBrief, National Conference of State Legislatures, Vol 26. No.26, July 2018.