In the long eighteenth century, women's writing spanned a variety of media, from poetry to novels to drama. This literature was read by children and adults, by women and men. From 1780 to 1820 in Great Britain, a majority of novels written by a known author were written by women. In the centuries following this literary boom, much of the expanse of women's writing fell into obscurity and received little or no academic or cultural attention. This led to the myth that women simply did not write or publish as much as men. In recent years there has been an attempt to recover this lost literature. One prominent tool for recovering this literature is the Stainforth Library catalogue which features over 7,000 unique editions from female authors. Jessica's research project focuses upon one work in that catalog, Moreton Abbey, and explores the literary forms utilized in the text, the themes of the work, contemporary opinions about the novel, and how the novel's ideas fit into the larger cultural milieu of the time.

Jessica was a student in the ENGLISH 190 Senior Seminar and the paper she submitted to the review committee began as a final seminar paper for that course. In researching her topic, Jessica utilized a variety of sources, both from the University Library and other realms, to develop and support her thesis. These included such standard sources as the MLA International Bibliography, JSTOR, and various Gale databases. Unfortunately, there was little to be found directly on either Harriet Meziere or Moreton Abbey. Discussions with her professor and an editor of the Stainforth Library project provided some further direction. One thing that stood out to the review committee was Jessica's persistence and ability to adapt when she encountered obstacles. She wrote in her research essay that she continually hit dead ends while researching how the soul and body had been discussed in 18th century literature. She found a way around this obstacle by turning to theatre-writing and drama philosophy databases. In addition, she was able to track down two contemporary reviews of the novel based upon information she found in a note. Dr. Kirstyn Leuner wrote in her letter of support that "There are no prior works of scholarship that I have been able to find on Moreton Abbey, and this essay (re)introduces this work in a way that can encourage scholars and teachers to study and teach it and to also pay more attention to the multigeneric qualities of experimental women’s writing in the 18th century." Pointing to the importance of Jessica's research, Dr. Leuner added that "Jessica’s essay is an important piece of recovery scholarship, and I invited her to publish it on The Stainforth Library of Women’s Writing website so that more scholars can learn from her work on Harriet Mezziere and Moreton Abbey." 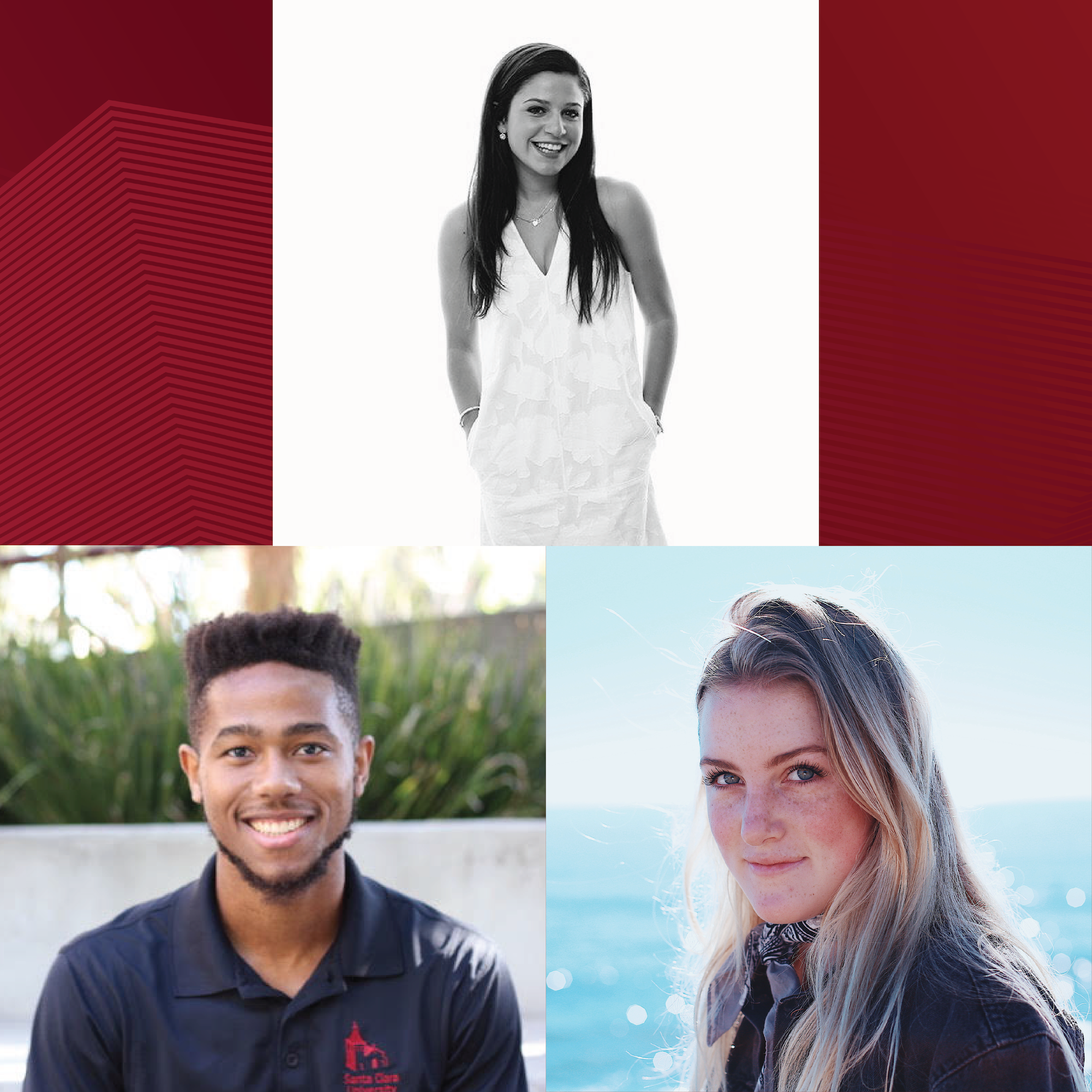 Abstract: As a part of California’s plan to reduce its contribution to global emissions, SB 1383 was introduced into law in 2016. This law aims to reduce the amount of edible food waste generated and put into landfills by identifying Tier 1 and Tier 2 food generators, and to partner with them in order to redistribute recovered food to food insecure citizens and to keep excessive food waste out of landfills (in recognition of the large amounts of methane production that are produced by organic waste being decomposing in landfills). Our project, which was conducted in partnership with the Santa Clara County Consumer and Environmental Protection Agency and Joint Venture, aimed to create a universally applicable methodology for all California counties to follow in the process of identifying Tier 1 generators, as well as producing a list of Tier 1 generators for Santa Clara County. Our research questions included: 1) What methodology can researchers and local government agency staff use to identify Tier 1 food waste generators in California counties; 2) What methods are most efficient in systematically evaluating Tier 1 generators across jurisdictions; and 3) What obstacles inhibit researchers from identifying Tier 1 generators?

The team of Bohannon, Grundy, and Newhard conducted this research as part of their ENVS 101 Capstone Project and utilized three main processes. The first was a community based participatory research approach, in which they collaborated with their partners and other stakeholders in order to ensure that the scope of their research was in alignment with community needs and goals. Secondly, they conducted a literature review, which revolved around three main topics: 1) Food Waste in Landfills and Methane Emissions; 2) Commercial Food Waste / Food Waste Production; and 3). Food Waste Diversion and Mitigation Strategies. The team relied primarily upon the University Library's OneSearch option to search for relevant literature. In his letter of support, Professor Chris Bacon wrote that "I was impressed with the sophistication of the sources that the students consulted. Students consulted peer reviewed literature and government reports to conduct a very good literature review." Lastly, they conducted a document analysis. This project proved to be quite challenging as the language of the SB 1383 law aligned quite poorly with the actual data sources they needed to determine which businesses qualified as Tier 1 organizations. Some businesses were relatively easy to identify by examining relevant NAICS codes. But for about 800 businesses, the team used tools such as Manta, Google Earth, and Santa Clara County health inspection reports to assess whether or not each business met the Tier 1 criteria. In addition to their analysis of individual businesses, the team documented their procedures which can serve as a model for other California counties as they undertake similar investigations. The overall success of this project was noted by Professor Bacon when he wrote that "an important testimony to the quality and novelty of the students’ work can be found in the response of the full time staff that served as partners for this project. The County and NGO partner staff members were thrilled with this work and they will use the team’s final inventory of Tier 1 waste generators as the starting point for SC County’s next steps in developing this program." The team also met with state regulators to discuss their findings and assessment methodology.