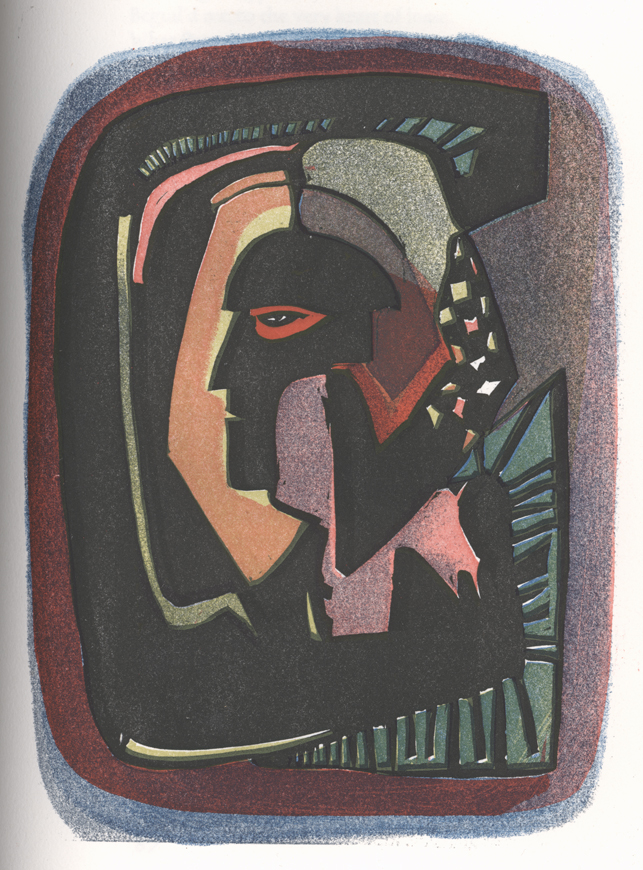 This Mary Grabhorn illustration from The tragedie of Anthonie and Cleopatra appears between pages 86 and 87. 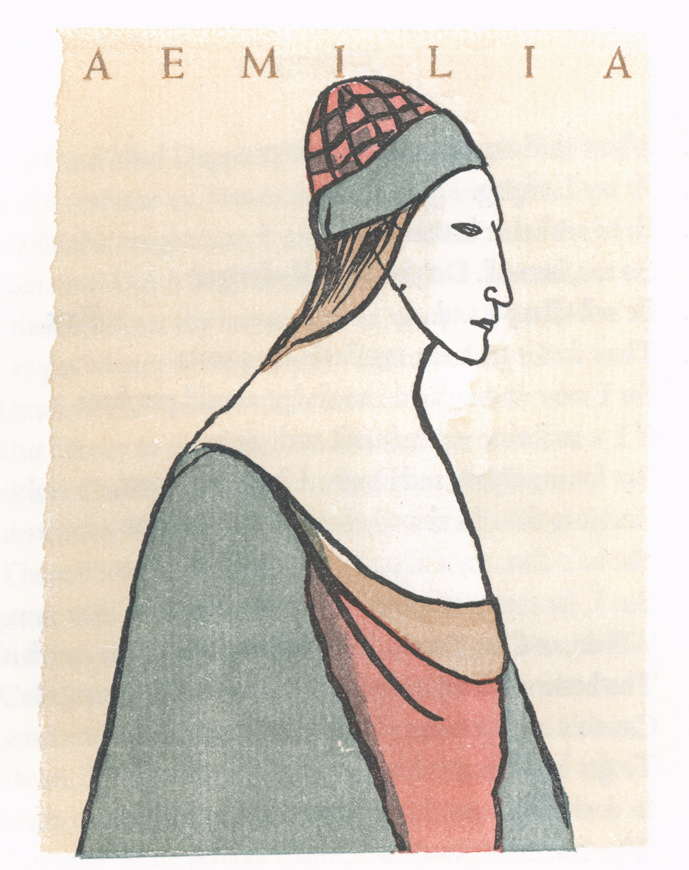 This Mary Grabhorn illustration appears on page 26 of The tragedie of Othello, the Moore of Venice. 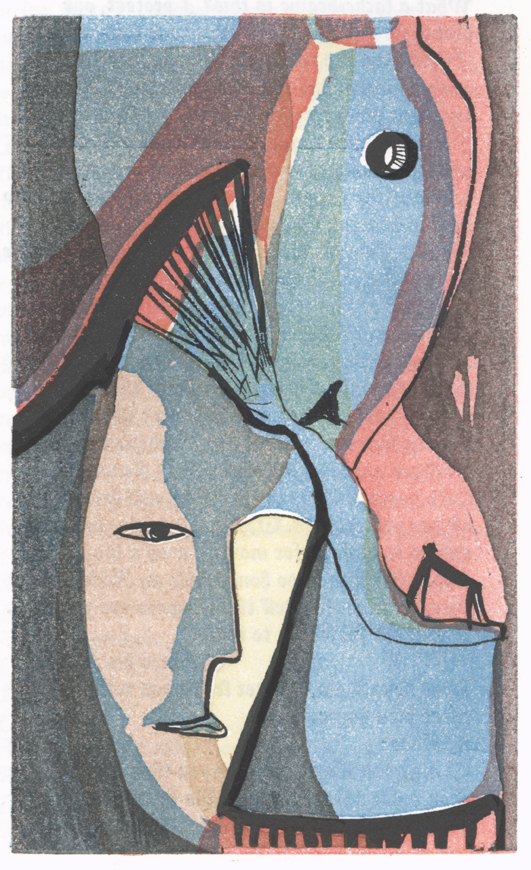 This Mary Grabhorn illustration from The first part of Henry the fourth appears on page 13. 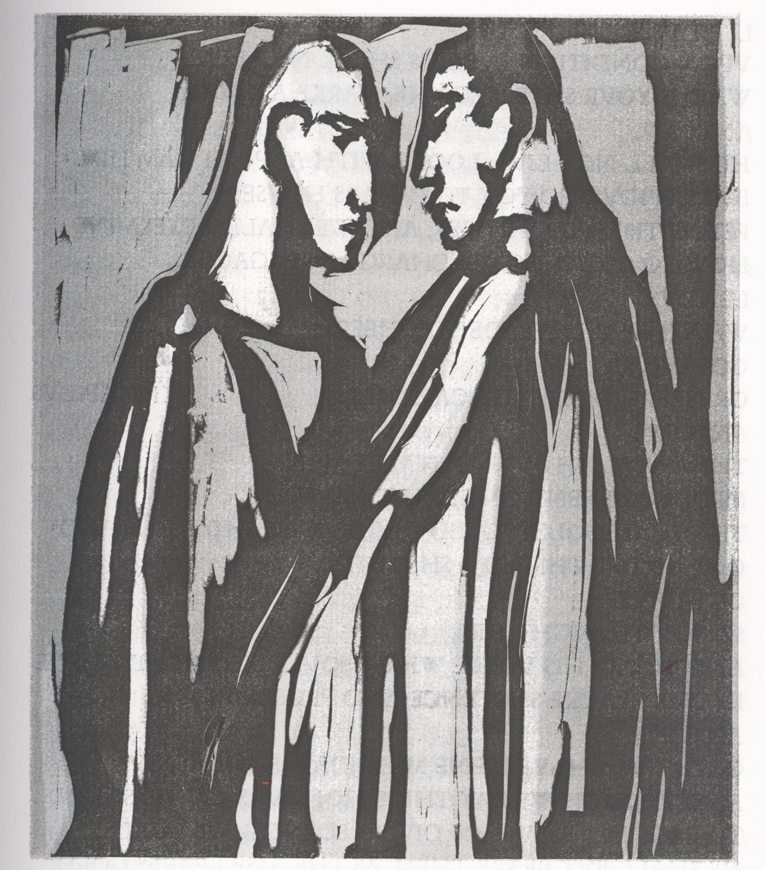 This Mary Grabhorn illustration appears on folio 37 of The tragedie of Julius Caesar.

Marjorie Grabhorn was the second wife of Edwin Grabhorn and did a little bit of everything around the press, including sewing the textblocks and binding the books. She was also an avid baseball fan, attending Giants games whenever possible. In terms of direction of the press, the collecting of Japanese prints enjoyed by Marjorie and Edwin stands out as an important contribution to the curation of artistic practices not widely known in the West. Marjorie and Edwin's collection of Japanese prints made the publication of two works held in our collections possible: Figure prints of old Japan ; a pictorial pageant of actors & courtesans of the eighteenth century, and Landscape prints of old Japan, from the beginning of the eighteenth century to the middle of the nineteenth century.

Mary Grabhorn, daughter of Edwin and Marjorie Grabhorn, illustrated all nine of the Grabhorn Press Shakespeare titles as well as a reproduction of a French manuscript illumination. Grabhorn Press printed an invitation to one of her birthday parties as well as a Christmas greeting for her, and both are held at the Book Club of California. According to Roby Wentz's biography of the press, which quotes Sherwood Grover on this, Edwin reportedly said of his daughter, "I don't care about nobody but Mary and me, and Mary don't care about nobody but Mary" (p. 131). When Ed's will was finally released, he only left a modest $2,500 to Mary, who was living in Europe by that time (Wentz, p. 136). All the images in the gallery scrolling at the top of this page are by Mary Grabhorn. 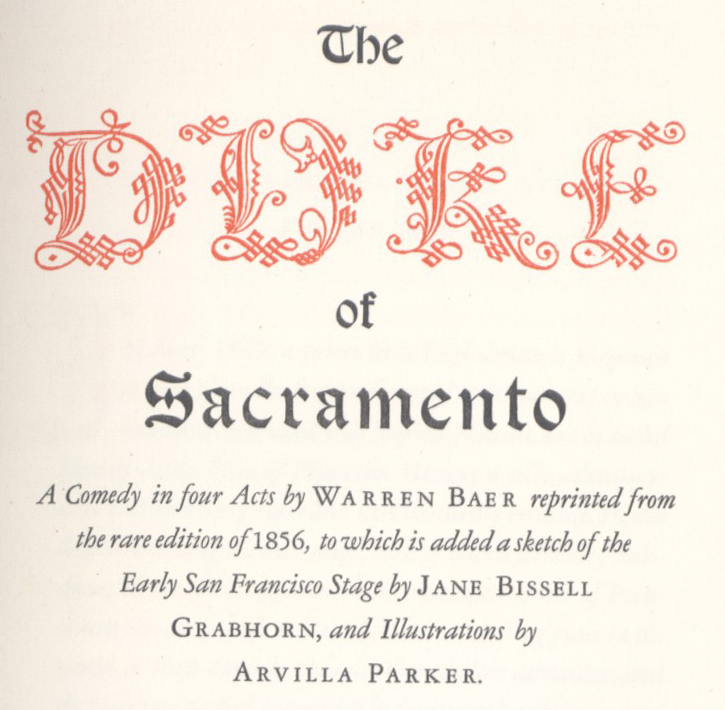 Jane Grabhorn, born Martha Jane Bissell, was the wife of Robert Grabhorn and did printing herself, establishing Jumbo Press and then later Colt Press. She also did a little bit of everything around the press, including writing introductions to the works. Jane may have easily been the most assertive of all the Grabhorns, being described as one who "wielded her wit like a sword" by Roby Wentz in his biography of Grabhorn Press (p. 131). Legend has it that when UC Berkeley was preparing to bestow an honorary doctorate of arts on Edwin Grabhorn, Jane forced a meeting where she used some well chosen words to the powers that be at Cal, securing for Robert an honorary doctorate as well—in the end, the degree was conferred upon both Edwin and Robert thanks to Jane.

Trina (Katharine) Grover worked for Grabhorn Press beginning in the mid-1930s, doing a little of everything but eventually becoming a competent handsetter. According to Wentz's biography of the press, Trina set such works as The Oatman Girls, Wah-to-Yah, Phoenixiana, and Two Years Before the Mast, amongst other titles. With her husband, Sherwood Grover, she created the Grace Hoper Press thanks to the freedom Ed gave the Grovers to use the Grabhorn equipment on Sundays for their own projects. Of the two of them, compositing was always handled by Trina, while Sherwood was the pressman. They both collaborated on the typography.

Arvilla Parker was an artist that did illustrations for Grabhorn Press in the early and mid 1930s. Roby Wentz describes her illustrations as "sensitive and evocative... with a flavor that was agreeably western in scenery and figures" (p. 74) 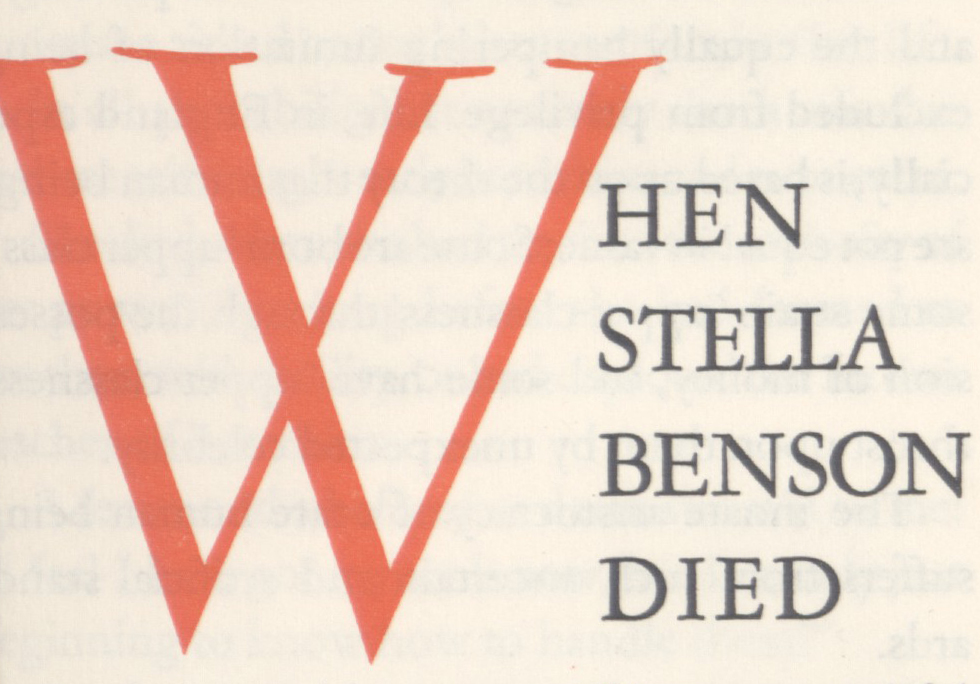 Stella Benson was a novelist, journalist, and poet. Access her biography and bibliography in Gale Literary Sources (SCU login required). Several of her works were printed by the Grabhorns for the Benders, available at SCU: 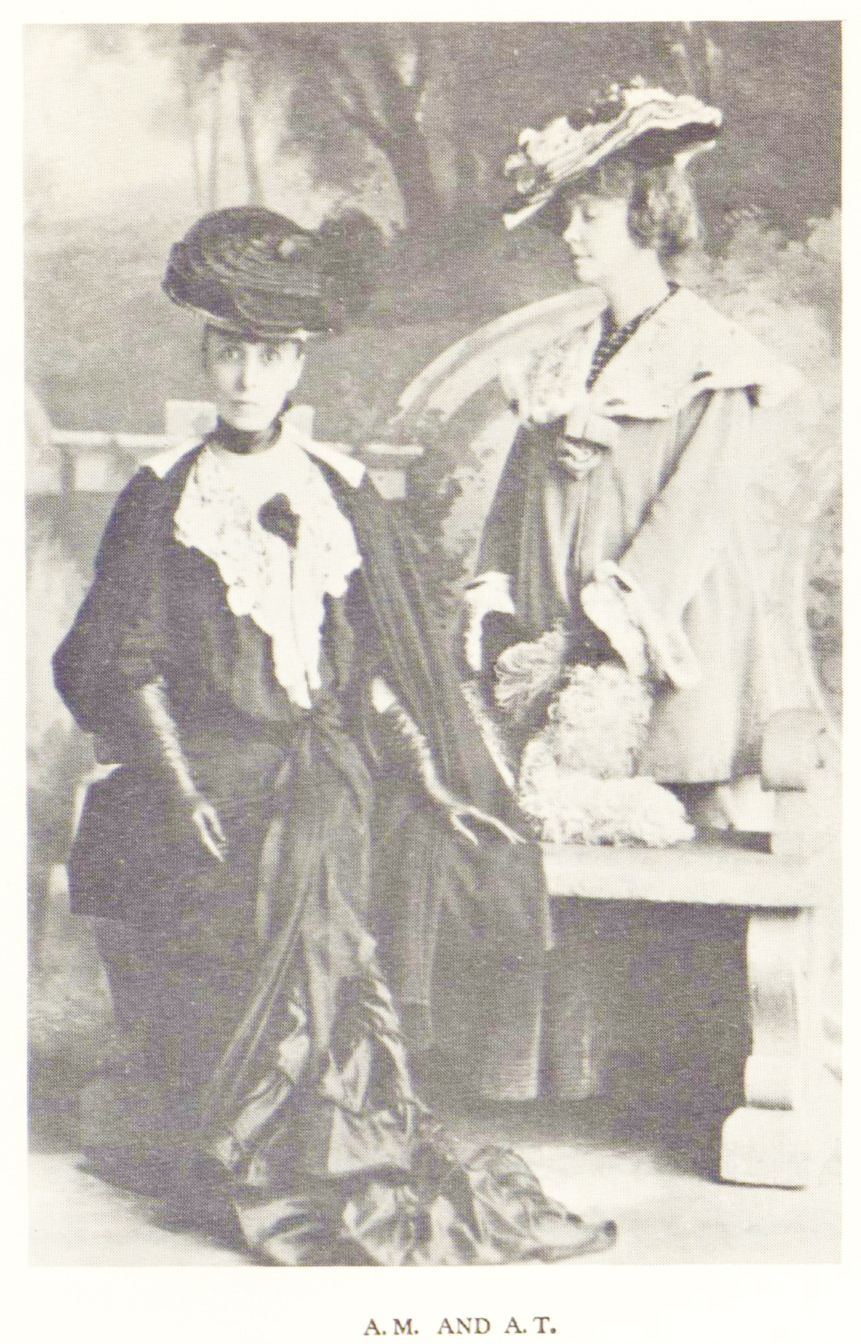 Alice Meynell was a poet with some association with the Grabhorn Press. Access her biography and bibliography in Gale Literary Sources (SCU login required).

The Book Club of California was Grabhorn Press' biggest client. When the partnership began simply enough in 1920, neither the BCC nor the Grabhorns could tell the spectacularly mutually beneficial relationship to come. The business from the BCC kept Grabhorn Press afloat during difficult times, and the eventual acclaim of Grabhorn Press lent prestige to the BCC in its early days. The books printed for the BCC by Grabhorn can be found in the BCC bibliographies.

Oscar Lewis was a close and common collaborator with the Grabhorns. Being a local author, historian, and the secretary for the Book Club of California from 1921-1946, he was in a useful position to write introductions, edit, and curate content for titles of the press. In 1929 he and Robert Grabhorn conceived of the Westgate Press, an "after-hours, on-the-side, limited-edition publishing venture" that utilized the Grabhorn Press equipment and facilities (Wentz, p. 49). Search by author in the library's catalog to discover titles written by Lewis. Access the New York Times obituary for Lewis for more information (SCU login required).

Robert Lewis Stevenson was a wildly popular 19th century Scottish author who lived for a time in the San Francisco Bay Area amongst his life long travels. Grabhorn Press published about 10 of his minor works, for example Diogenes at the Savile Club (one of the first books printed by Grabhorn Press), the Silverado Journal, and several letters. Access the Nineteenth-Century Literary Criticism biography on Robert Louis Stevenson for more information on the author (SCU login required).

Robinson Jeffers was a dramatic poet whose work Grabhorn Press often printed, at least partially thanks to Jeffers's deep roots in his chosen homeland of California, specifically Carmel-by-the-Sea. Jeffers's work Solstice and Other Poems was one of the Random House titles Grabhorn Press printed for Bennett Cerf, and the monotone woodcut created by Mallette Dean for the title page of the work was inspired by Jeffers's Tor House. Access the Poetry Criticism biography on Jeffers for more information (SCU login required).

Bennett Cerf founded the Random House publishing firm, which he originally formed to be the American distributor for British and European fine presses such at the Nonesuch Press, but that we know now as one of the major New York publishers. With Cerf at the helm, Random House commissioned several great works from Grabhorn Press, including Maundevile, The Scarlet Letter, Leaves of Grass, Solstice and Other Poems, and Two Years Before the Mast.

In addition to Mary Grabhorn, daughter of Edwin and Marjorie Grabhorn, who illustrated the Press' Shakespeare works, Valenti Angelo and Mallette Dean were the Press' most utilized artists. 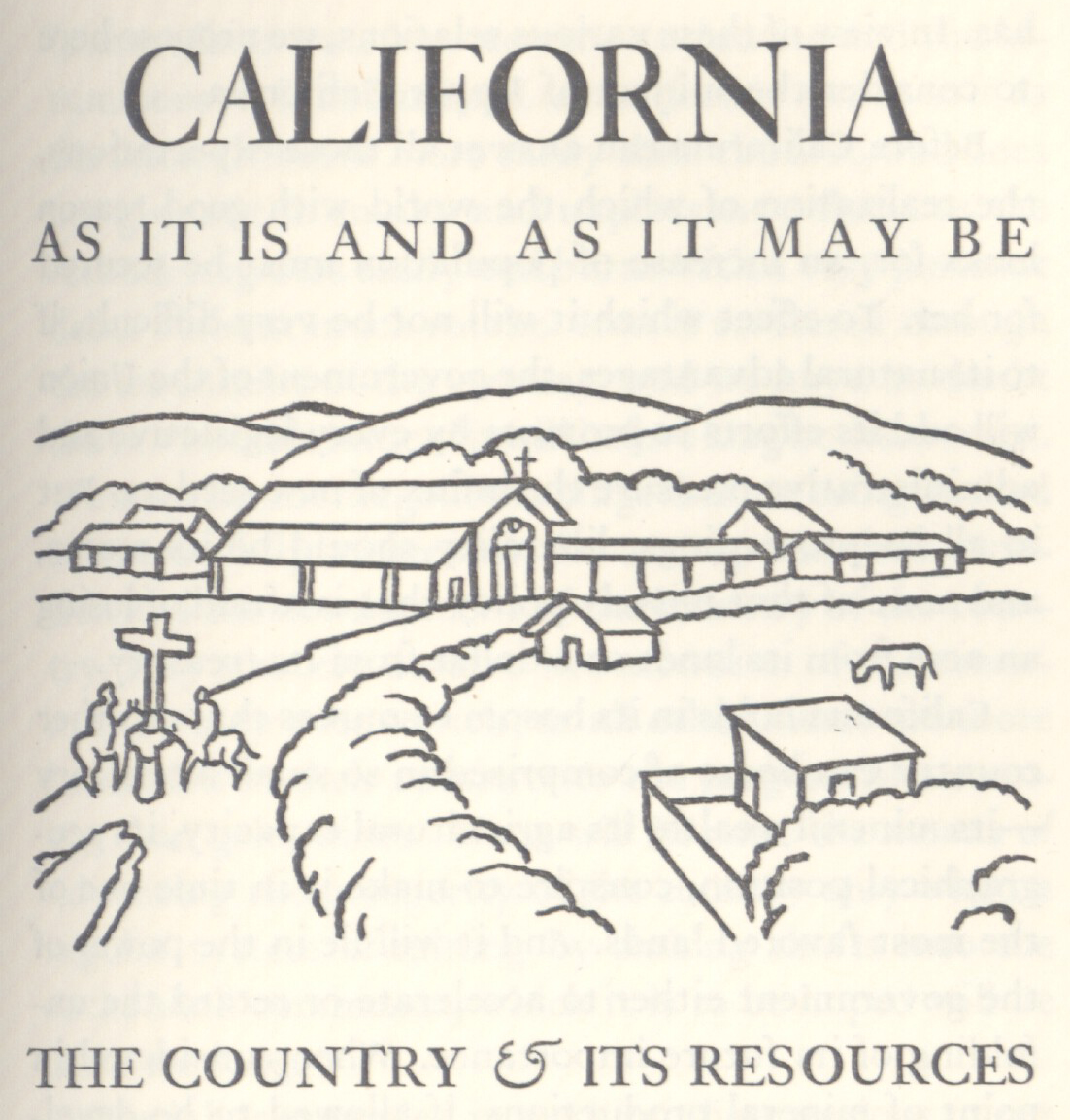 Valenti Angelo was a favorite illustrator of the Grabhorns. He worked for the Press for six years, and described this as "an important highlight in my career," having decorated 45 books and other ephemera during this time. An Italian-American, Angelo is also known for his work writing and illustrating children's books, often times based on experiences from his own childhood.

The most beautiful and authoritative source on Angelo's relationship with the Grabhorns and the Book Club of California is the work Valenti Angelo: Author Illustrator Printer. This work contains samples of Angelo's illustrations, a checklist of his work, and reminisces and biographical sketches from his peers and collaborators.

The image above is an illustration Angelo did for one of the Grabhorn's first depression-era works, California As It Is and As It May Be by Paul Wierzbicki, available at SCU.

Harold Mallette Dean did his first illustration for Grabhorn Press in 1935 and the press continued to avail themselves to him over the next decade and beyond, although they did not utilize his talents to the extent they had Angelo's. He did the illustrations for Wah-to-Yah & the Taos Trail, one of his most remarkable, as well as Discovery of Florida, History of Susanna, M'Liss by Brett Harte, and tens of books for Colt Press before and after the war amongst others. He became a respected and sought-after illustrator due to his work with Grabhorn Press. In 2018, the Book Club of California published Mallette Dean, A Printmaker and His Art by John T. Hawk.