If you just want a quick overview of Haiti and the Haitian revolution,  try the following sources: 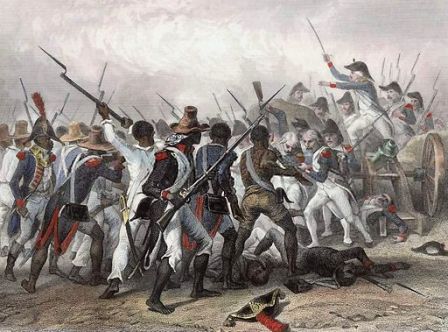 Scene of the Battle of Vertières during the Haitian Revolution
http://www.worldgallery.co.uk/