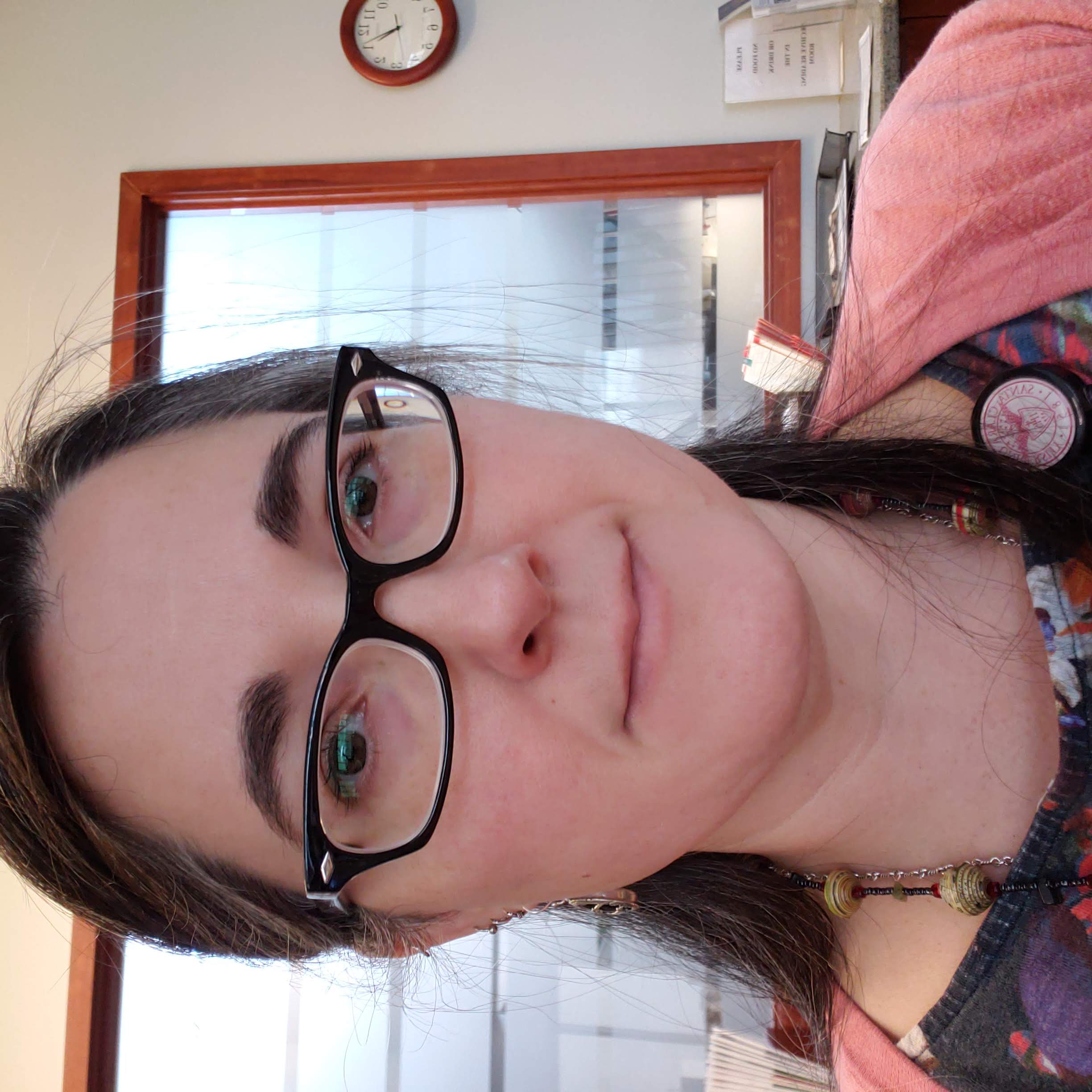 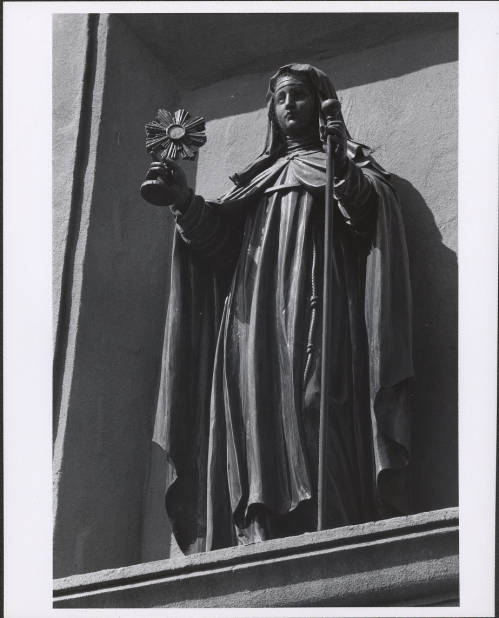 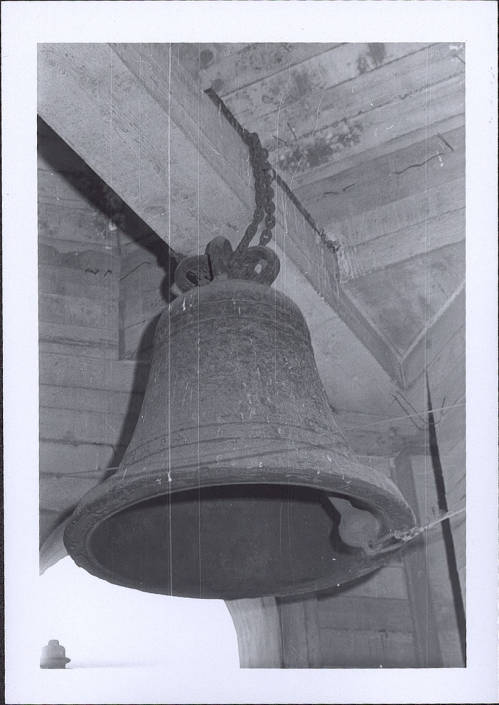 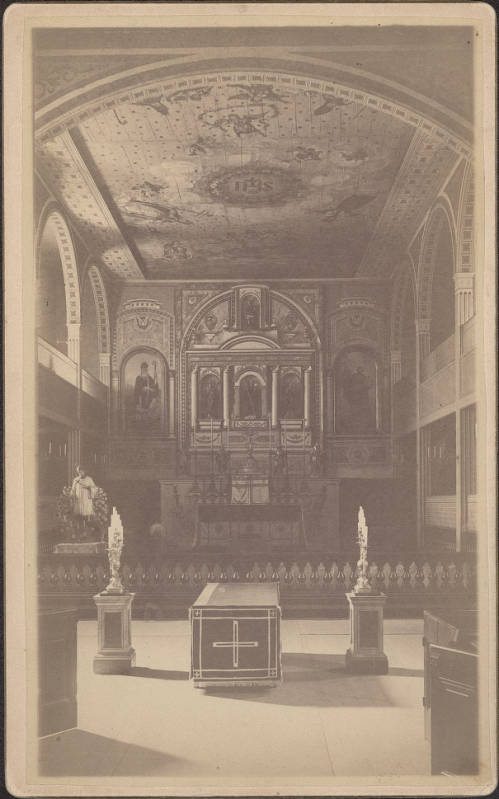 Interior of fifth Mission of Santa Clara with Original Ceiling 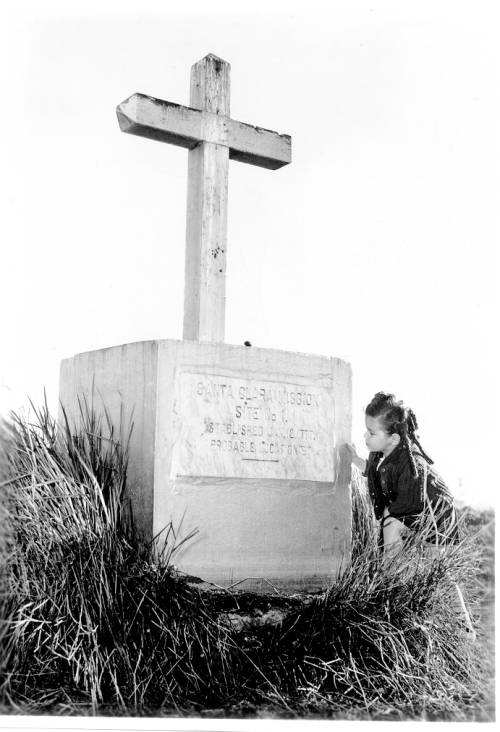 Original cross and marker erected in 1920 by James A. Colligan, S.J., at second site of Mission Santa Clara (1779-1784). Standing next to the cross is the photographer's daughter. 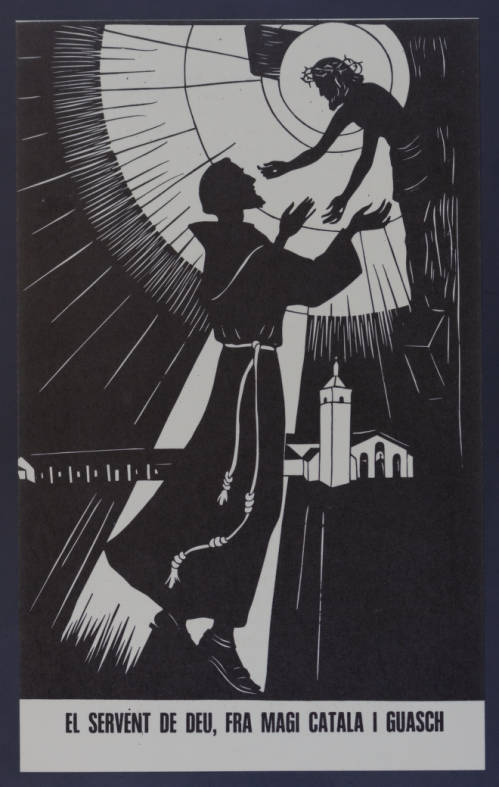 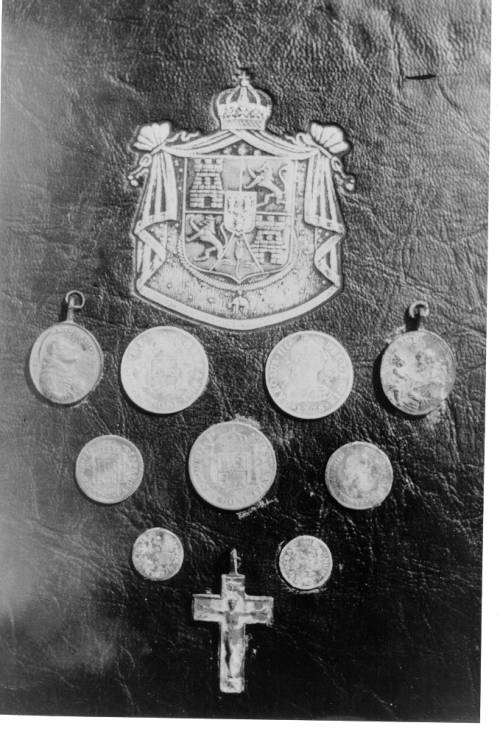 Image of coins, medals, and crucifix blessed by Padre Junipero Serra on Nov. 19, 1781, and placed in cornerstone of Padre Marguia's Church at the third site of Mission Santa Clara. The items were found by workmen at the corner of Campbell Avenue and Franklin Street while digging a trench. 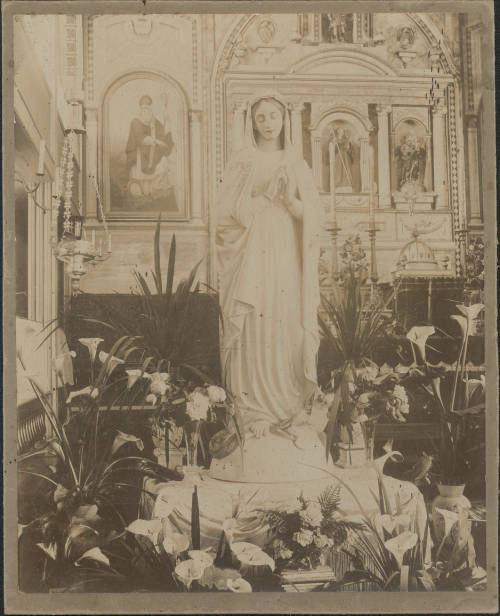 Close up of the Blessed Virgin 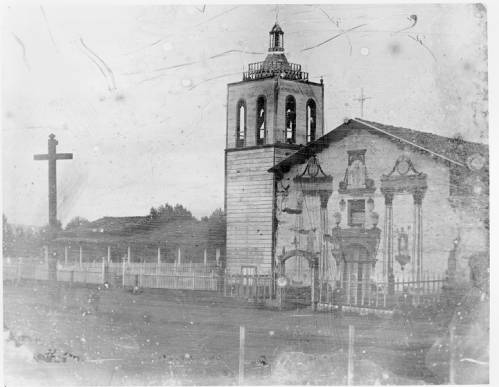 This image is the earliest known image of Mission Santa Clara, circa 1854. The original image is a daguerreotype.

Mission Santa Clara was founded in January of 1777 by the Franciscan Friar Tomás de la Peña on the banks of the Guadalupe River. The Mission relocated four times until it was finally established at the current site in 1825.  Mission Santa Clara was the eighth of 21 Franciscan missions established in Alta California (Upper California) throughout the years 1769-1823.  Mission Santa Clara was not only a church, it was an extensive and complex institution which included housing for the missionaries, the Spanish troops, and the Indians; the kitchen; the cemetery; agricultural fields; grazing lands for the cattle; a corral and slaughter yards; a tannery; a granary; manufacturing sites for textiles and adobe blocks, as well as a threshing floor for the grain. By the 1830s Mission Santa Clara administered 80,000 acres of land, and it also owned thousands of heads of major and minor livestock and produced substantial quantities of various crops.

The Mission Santa Clara Manuscript Collection, 1777-1903, 1958, 2002 (bulk 1777-1851), consists of hundreds of manuscripts written, collected and used by the Franciscans at Mission Santa Clara, from the founding of the Mission in 1777 until the arrival of the Jesuits in 1851. The Franciscan missionaries wrote and collected numerous and diverse documents, including sacramental records, account books, annual reports, letters, choirbooks, and instructions on health care and cuisine, among others. The majority of the manuscripts are in Spanish.