Resources and information about academic integrity. 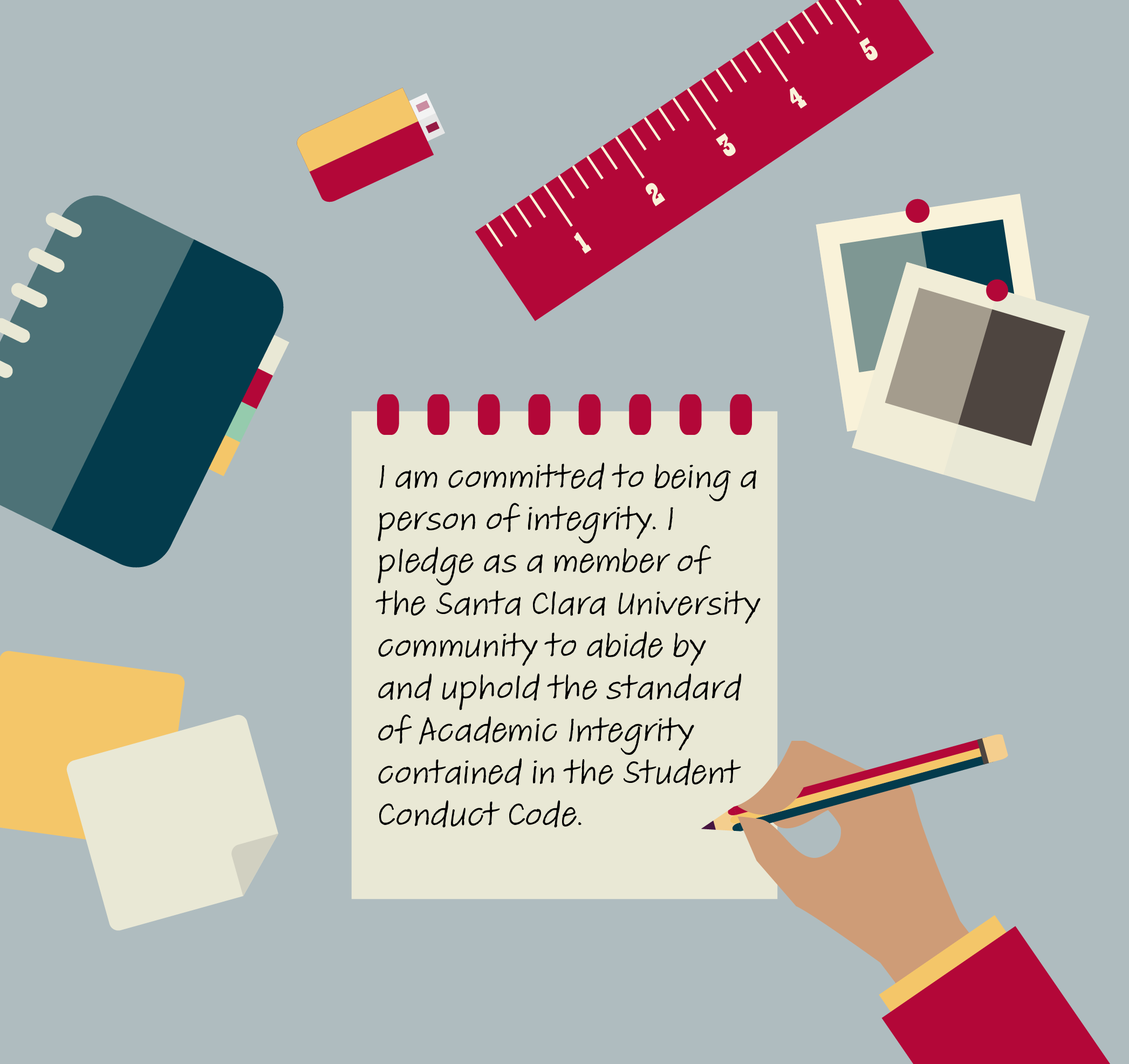 History of the Pledge

Santa Clara University’s Academic Integrity Pledge is the culmination of several years of collaborative work by students, faculty, and staff. The initial impetus came from students, who wanted academic integrity to have a higher profile at the university. Responding to these concerns, the Associated Student Government (ASG) appointed a formal committee in 2011-2012 that was charged with investigating the possibility of an Honor Code as a way to foster a stronger commitment to academic integrity throughout the university community. At the same time, several student leaders worked with the Markkula Center for Applied Ethics as Hackworth Fellows, advancing the proposals for an Honor Code through extensive research that included surveys of undergraduates, public meetings, and conversations with national experts on honor codes.