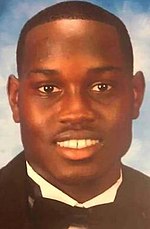 The following list is not exhaustive. It highlights different types of reforms that states are enacting. A more comprehensive list is available on Wikipedia.

Iowa Governor Signs Police Reform Bill that was Passed in One Day (6/12/2020)
Limits chokeholds, bans hiring of police officers convicted of a felony or misconduct, allows attorney general to prosecute officers if their actions resulted in the death of another person.